Many a time I’m asked how one overcomes writer’s block, how a writer keeps going, how one sustains one’s excitement. For me, in writing any book, there will be writers I read simply to refresh my spirits. I may dip into their books at random, or go to their short stories, or to the opening pages of novels that have always goaded me in the past to do my best work. How many of you have such favorite authors, authors you keep close at hand for the quick pick me up, for the quick clearing of the palate, for the quick caffeine jolt? With me now it’s Thomas Wolfe, but I keep Hemingway, Carson McCullers, Tolstoy, and Stephen King right here. I keep Mario Puzo’s “The Godfather” beside me. And always there is Dickens, Dickens and the Bronte sisters, and sometimes Nathaniel Hawthorne. I could name so many.

The main piece of advice is this: your characters need to be interesting in some way. They can’t be overly ordinary, because that would bore readers.

If you’re wondering what really makes a character interesting, Jim mentions there isn’t any one thing. However, a combination of 5 things can work together.

Note: Jim Butcher says this is primarily “for writing fiction that people will actually want to read.”

1. Exaggeration is overdoing 1 or 2 character traits. One example is “Jack O’Neill is not merely wiseass and cavalier, but suicidally so.” Note that overdoing this can potentially lead to Flanderization in your story, so it’s a bit of a fine line. A larger-than-life character will naturally be more interesting than an ordinary person with an ordinary life, though.

2. Exotic position is putting your character in extra-interesting settings when they’re introduced. The “exotic” aspect can be a social, geographic, intellectual or moral position. One example is “A sentence about a thirty-five year old man sitting in an office is fairly simple and very boring. But it becomes something else entirely when it’s the OVAL office and the youngest president in the history of the nation has just been advised that a nuclear terrorist is loose in DC.”

3. For Introduction, Jim says “You never get a second chance to make a first impression. When your reader meets any given character for the first time, it is critical to make sure you get the bare bones of your character into his head immediately…. A solid CHARACTERISTIC ENTRY ACTION consists of introducing your character to the reader by bringing him into the story in the course of an action which clearly, sharply typifies who and what he is.” An introduction has to quickly and firmly establish who your character really is.

4. Verisimilitude refers to a range of things, but mostly making sure your characters are consistent and believable. “When you are writing your characters, it is absolutely critical that you convey to the reader the sense that your character is a whole, full person with his own life outside the purview of this particular story.” This doesn’t have to be elaborate, but it should extend to every main character you have. Doing it to minor characters can be done to great effect as well, as long as there’s a limit to how many characters. Too many, and readers may become confused.

Jim Butcher says you need to show your character’s emotions, reactions, and decisions. Reactions to events should be appropriate.

He also adds a section on a technique he uses when writing. There are two things he thinks about when creating a character, and makes notes of them.

“The articles here are just basic writing craft. They aren’t meant to be a comprehensive guide to written fiction. They’re just an introduction to a structured approach to story craft. First learn walk, then learn fly Daniel-san.” – Jim Butcher

“A story is comprised of six to eight non-submersible plot units. This is what Stanley Kubrick told writer Brian Aldiss… [Kubrick’s] approach is to look at a long story as a group of short stories, which come together to create something far greater than a long narrative ever could, Kubrick’s method focuses on scenes, each with its own mood.” (Source)

END_OF_DOCUMENT_TOKEN_TO_BE_REPLACED

Like most tips and rules about writing, these aren’t set in stone. Vonnegut once wrote “The greatest American short story writer of my generation was Flannery O’Connor. She broke practically every one of my rules but the first. Great writers tend to do that.”

Other pieces of advice from Vonnegut:

In author Stephen Power’s blog post “How Do I Write A Novel? Or, Hugh Howey Is My Co-Pilot” he says finding the Wool series led to a breakthrough of sorts:

“It dawned on me… that in today’s digital world, a novel doesn’t have to be 100,000 words. It could be far shorter, and who couldn’t bang out 40,000 words? You probably write that many words in memos and emails each month. Brandon Sanderson writes that many in 10 days.”

He goes on to talk about how outlining can give you a book in 4 steps, more or less. 40,000 words is often considered “novella” territory (20k-40k). Still, you can scale up the wordcount goals until you get to where you want to be. Power says he ended up with a draft of 105,000 words without originally intending to – and already has sequels on the way.

This is how he does it:

Breaking a large task into smaller, more manageable pieces, is how a lot of people do things. Why should writing be any different?

I haven’t been doing much personal writing as of late for two reasons:

There’s also a sort of writer’s block gnawing at me. In my current novel, I know what I want to say and how to say it, but I have difficulty getting the words on the page. I’m not bored and the text is a little too fast-paced in my opinion. Maybe I’ve just been working on this project for too long, or I need more research.

Maybe it’s all related to this quote I found earlier today on Twitter: 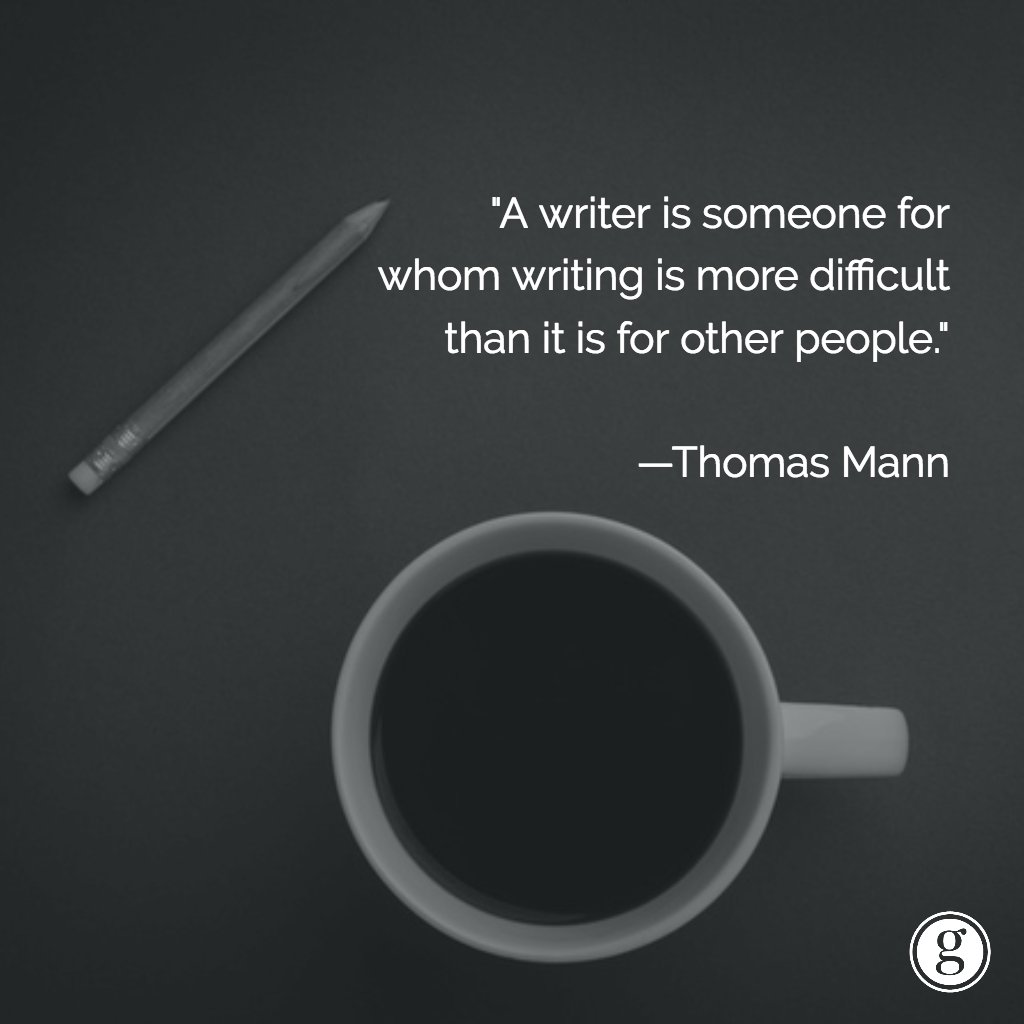 Everyone seems to have their own take on the Hero’s Journey.

Drawing from sources I’ve encountered, I tried to get a clear picture of what an “ideal” Hero’s Journey should be. A couple of the parts can be cut if it serves the story better. Act II is always the bulk of the story. Sometimes Act III is shorter than Act I instead of both being equal length (steadily rising action to climax, then sharply falling action to conclusion of story).

The Ordinary World (beginning: 25%). Establishing the world, the characters, the conflict, the plot. Establish the needs and what the hero’s quest is.

The Special World (middle: 50% of the story). Characters react to situations and flaws are revealed. They may retreat from obstacles. Characters learn how to overcome their flaws and their problems, and to attack their obstacles with success. Before the midpoint: “Descent: The Abyss” and after the midpoint: “Ascent: Magic Flight”

Optional: Somewhere between “approach to the inmost cave” and the midpoint, there can be a section referred to as Meeting the Shadow Self (or “heiros gamos”/sacred marriage). Plot points: the wild bride/bridegroom, meeting the goddess/god, at-one moment with father/mother, finding love in the underworld.

The Ordinary World (end: 25%). The characters risk all and conquer their inner demons. They return to the familiar world triumphant, with perhaps one last problem to solve.

This is the last of the information I currently have on hand.

Three images showing different ways to plot your story. Note that you don’t have to use any of these. Writing is a fluid and creative process where you don’t have to adhere to strict guidelines. That’s all they are – guidelines. People talk about common elements because they’re established and readers tend to like them (in most commercial fiction.)

Here’s yet another variation of The Hero’s Journey.

And one more variation, called “the plot dot” by Derek Murphy.

And another take on the 4-act story structure.

The Hero’s Journey (aka classic plot, archplot structure, etc) is popular yet also complicated. Everyone has a slightly different idea on what each part should be. There are general ideas, sure, and the specifics differ.

“[Archplot is a goal-oriented plot where] for better or worse, an event throws a character’s life out of balance, arousing in him the conscious and/or unconscious desire for that which he feels will restore balance, launching him on a Quest for his Object of Desire against forces of antagonism (inner, personal, extrapersonal). He may or may not achieve it.” – McKee

This is from information compiled by Ingrid Sundberg. (Source image at the bottom.)

The Ordinary World (beginning: 25%). In a movie, this would be the first 30 minutes.

Here’s the full easy-to-read chart I took this information from. I typed everything out so I can copy-and-paste in the future, if need be. (It’s easier to use when I have both text and an image.)

The Hero’s Journey (aka classic plot, archplot structure, etc) is popular yet also complicated. Everyone has a slightly different idea on what each part should be. There are general ideas, sure, and the specifics differ.

“[Archplot is a goal-oriented plot where] for better or worse, an event throws a character’s life out of balance, arousing in him the conscious and/or unconscious desire for that which he feels will restore balance, launching him on a Quest for his Object of Desire against forces of antagonism (inner, personal, extrapersonal). He may or may not achieve it.” – McKee

Act I – The Ordinary World

Act II – The Other World

And here’s a random semi-related chart I found somewhere a long time ago.

My name is Geoff Lichy

I've been writing stories for a long time and I'm still figuring out how to do that well. This blog is about the writing process and self-publishing. To learn more, go to the "about" page!